APC Kids, the children’s entertainment arm of London-based boutique financier and distributor About Premium Content, has appointed Hong Kong-based Toy Plus as master toy partner for its animated series Kid-E-Cats.

The deal will see Toy Plus develop a range of toys including plush, collectibles, figurines and playsets for preschoolers. Initial products are set to debut at Hong Kong Toys & Games fair in January, followed by a global retail launch scheduled for October 2019.

Focusing on three kittens who are always jumping into action to solve problems in funny ways, the animated series is based on a Russian series produced by CTC Media and Studio Metrafilm. The third season is currently in production.

Toy Plus’s appointment comes as APC Kids continues to grow the series across the globe. Earlier this year, the company inked a raft of new broadcast sales with Turner’s Cartoonito in Italy, HBO Spain, MTG Latvia and Lithuania, and C4U (Kids1TV) in South Korea. The series debuted in 143 countries on Nick Jr. in 2017, including the UK, Benelux, Germany and Switzerland, with additional broadcast partners in Europe and Canada, including YLE (Finland), TG4 (Ireland), TV Puls (Poland), Knowledge Network (Canada).

Boo the cat and the Good Boy

This is a rhymed musical series about friendship, honesty and taking responsibility for your actions. The main character is a Good Boy who often gets carried away with his games and accidentally breaks or spoils something. The plot is built in an unusual genre for animation series — musical. It successfully combines video dynamics and the narration of the story. In each episode there is a new story about responsibility, friendship and emotional world of the child. 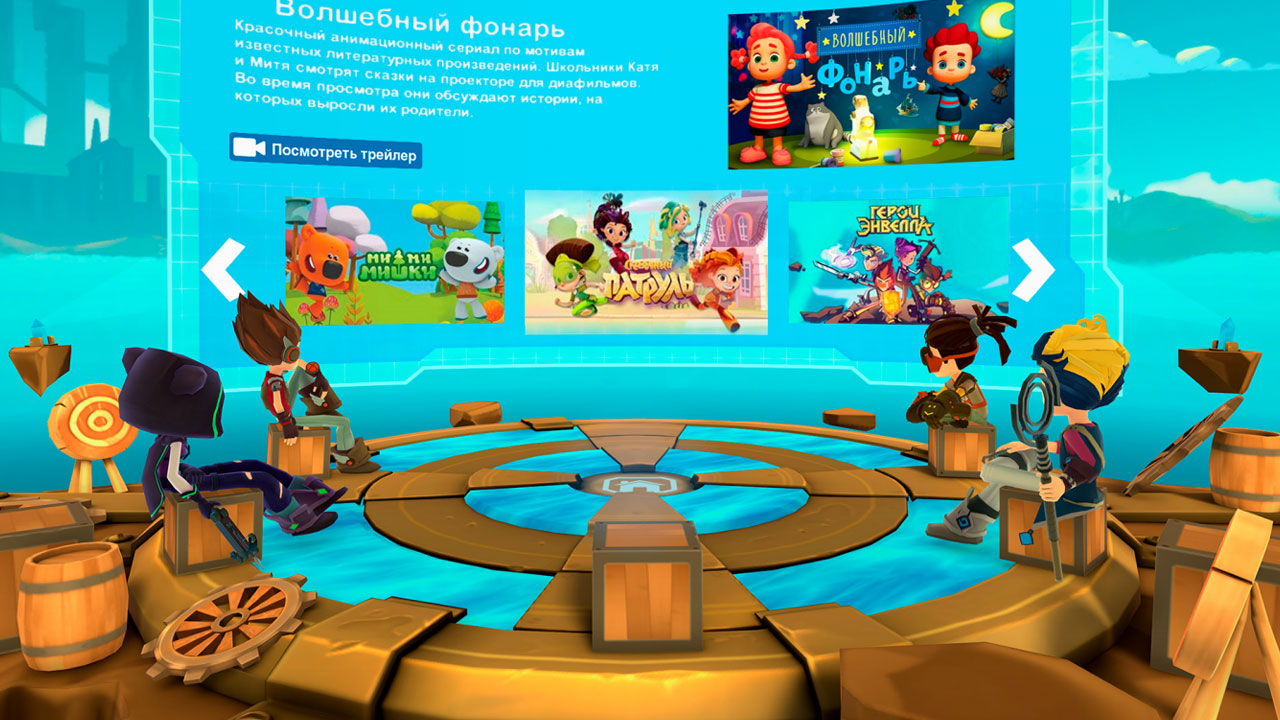 Moolt VR is application for smartphones that support VR glasses. It combines favorite activities of families with children: playing, cartoons watching, going into the cartoons atmosphere, communicating with animation characters as well as visiting cinema. Before watching users can choose location from cartoon where the VR session will take place and animation characters that will accompany them at cinema.

Some locations have been already created on the basis of animated series of its own production: Be-be-bears for the little ones and Fantasy Patrol and Heroes of Envell for an older audience. The app creators plan to agree with right holders on cartoons produced by other animation studios and to create new locations with favorite characters on their basis.

Interface for Choosing Characters and Locations

11 animated series are available on the first stage in Moolt VR: Leo and Tig, Be-be-bears, Fantasy Patrol, Woodventures, Heroes of Envell, Cutie Cubies, F.A.S.T., Paper Tales, Tima and Toma, Rolando Locomotov, Magic Lantern. Users will also be able to watch releases of new animation projects in the app. Some of the animated series, for example, Heroes of Envell, will be available in 3D stereo for the first time in Russia and in the world. 3D cartoons are created specially for the app.

Most of Moolt VR possibilities haven’t been used in mobile VR apps before that’s why this application is unique.

Location From “Fantasy Patrol” and “Be-be-bears”

Moolt VR is released in three languages – Russian, English and Spanish. The app will be released in Russia simultaneously with other countries: the USA, Spain, UK, Australia, New Zealand, and Latin America countries.

It will be possible to install Moolt VR app on Samsung smartphones that support Gear VR. One can also download it in Oculus store for the same name headset.

Moolt VR – is the second app involving virtual reality technologies developed by Digital Television company and Parovoz Animation Studio. In February Interactive Moolt studio released Magic Lantern VR project – the game for VR devices based on the same name animated series. Russian VR game is available for every user of Steam – global game service that totals hundreds of millions of players all around the world.